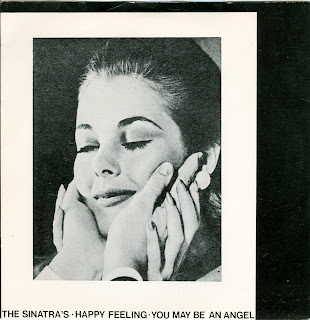 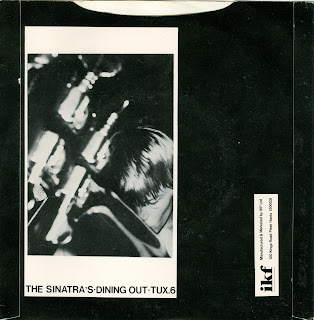 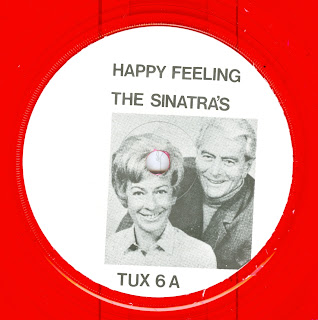 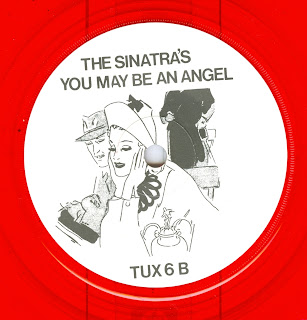 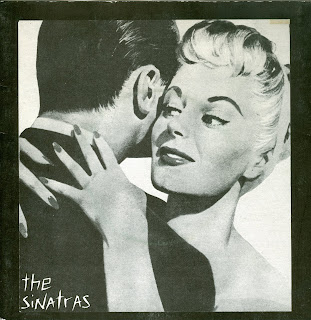 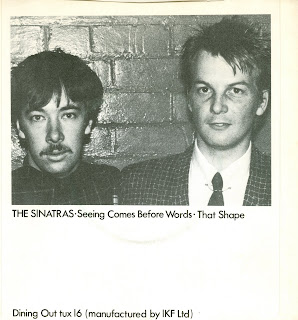 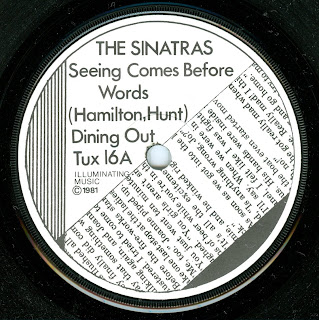 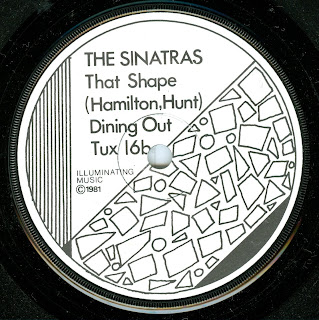 Continuing the theme in this blog of posting singles on the Dining Out label, here are two from the Sinatras. I'm not going to pretend I'm crazy about this band. It seems to me all they wanted to be was this happy, boppy pop band at a time when all these other bands were being far more daring and experimental. To lump them in with most other post-punk is really stretching things. But as far as happy, boppy pop bands go, you could do far worse than these guys. I will also give them credit in the sense that it seems when they finally got round to doing the b-side "That Shape" from the second single, they realized it might be cooler to do something more interesting than just be a pop band. I do think at least that song is worthy of the term "post-punk". It reminds me a little of Eyeless In Gaza, actually, that one. Anyway, I realize there was a Mod revival going on during the golden years of post punk ('78-'82), but I'm not sure these guys really remind me of those kinds of bands. I suppose some people might say the first single was power pop, but then I'll let the power pop connoisseurs decide whether this qualifies, since I'm not one of them. "Seeing Comes Before Words" has a very slight ska feel to my ears. At least they added horns. It's a better song than the ones on the first single, I think.

This band released a debut album in 1984 entitled "Betrayal" on Strike Back records. It bored me to tears.
Posted by Bimble at 1:37 PM

Any chance of uploading The Sinatras again?

Found them via the unpop compilation and I think - on the strength of 'Happy Feeling' - that they are one of the better lost groups of the post-punk era.