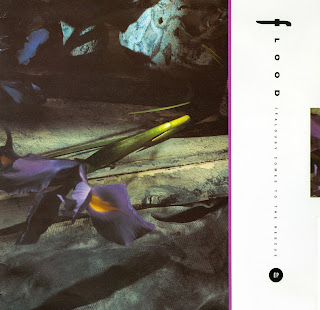 Alright, well, I'm going to step away from the post-punk thing for just a moment here. This one is from 1991. It's hard to know how to describe this band. They're certainly not shoegazing, though the production values hint at that sometimes. In one sense, they were very fiery & passionate a la old U2/Simple Minds, or perhaps Power of Dreams. In another way, though, they recall REM because the singer does an American accent a lot. I guess maybe the best way to describe them is REM's Chronic Town EP beefed up for the early 90's.

I seem to recall reading in the press that they were from a southern England coastal town - Bournemouth? Anyway, they had another EP called "Honeymoon Striptease" which I will likely post at a later time.

Flood - Jealousy Comes To The Rescue EP
Posted by Bimble at 7:09 PM No comments:

Bands John Peel Turned Me Onto Pt. 1: Half Church 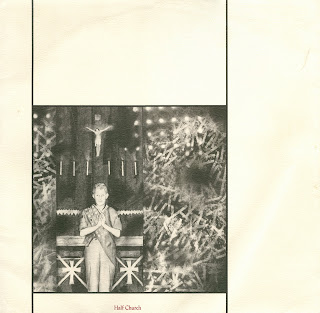 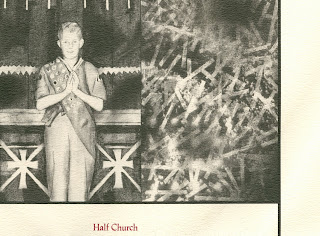 This is a band called Half Church who had an untitled 5 song EP recorded in 1980-81. From the accent of the vocalist, I'd imagine this band was from the UK, though the label it appeared on was Win Records in Mountain View, California, USA. I think this record is a top-tier post-punk release. It's got everything from classic Gang-of-Four style funk-punk ("TV Screen") to doomy apocalyptic stuff like "Red Planes". Crispy Ambublance fans would do well to check out "Turmoil". What a drummer! "Paradise" is the song Peel played and could Bauhaus do any better than that? I doubt it. "Attention Span" on the other hand is an instrumental worthy of PIL's Metal Box. To my knowledge, this band had no other releases, but I'd love to be proven wrong.

Half Church EP
Posted by Bimble at 6:22 PM 9 comments: