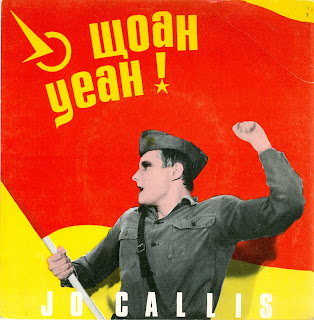 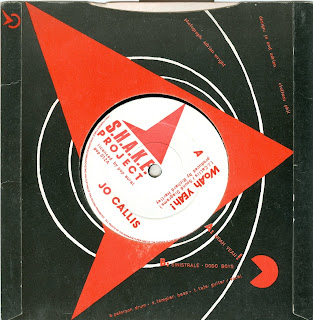 Well, let me start by saying that of course, I got my facts mixed up. This is not the brunette from the Human League, this is the (male) guitarist. Although I found out her name is Joane Catherall, so hey, a Jo and a last name starting with C...haha. Give me a break :) I bought this single because on a post-punk compilation I found called Atomic Shockwaves, there was a song that was listed as being on this that was SOOO good that I had to have the record. But it turned out that sadly, that song must have been tagged incorrectly because it's not actually on this single at all and now I don't know who did it. :( :( OH well.

So, let's see. How do I describe this? A-side doesn't have any synth. Not exactly adventurous post-punk, but it's okay. Reminds me a little bit of The Knack's "My Sharona" in one place. It's definitely trying to be tuneful. I hate to mention "power pop" again, but you know this is probably along the lines of that band Propaganda I posted earlier (not the German band). It's just sortof tuneful...not really mod, though. It's okay.

B-side songs are much more interesting. "Sinistrale" is a little darker. Still no synths. The guitar sound/progression is kindof like Siouxsie & the Banshees for some reason. This is not goth, though. We're still sortof in everyday post-punk. Nothing really spectacular. It's okay. It's all in the guitar breaks on this one. Hey, at least the guy can sing. After about 3 minutes I'm bored as hell, though. NEXT!

Okay last song, "Dodo Boys" is more like it. He takes some risks! This kindof reminds me of that band The Homosexuals, actually. Not quite herky-jerky post punk, but damn close. Much better tune, too. Oh yeah, this is nice. This is the kind of thing Brits can pull off that Americans only try and fail at.

Oh also! This single is on the Pop Aural label. That's actually quite significant. That was the Scottish label that Bob Last started up after his earlier label, Fast Product closed down. Fast Product were the SHIT, man. Oh yeah. They had a compilation (which I actually have on my computer now but haven't unpacked, I used to have it on cassette) which had Gang of Four, early Human League, good early Mekons stuff. Hell yeah. I'll have to dig that up.

Another thing that was on the Pop Aural label was a 12" I have by the Scottish band Boots For Dancing that I always meant to post here and didn't. I was asking myself recently why I never seemed to get around to that band, here, and I don't know why. So yeah, look Pop Aural up online and you'll see they had the Fire Engines, and Flowers, too. Good stuff. (I'm not a Fire Engines fan, though, sorry)
Posted by Bimble at 12:51 PM 1 comment:

Someone requested the Pure Product record to be reuploaded, I have that noted. Thanks.
Posted by Bimble at 3:04 AM No comments:

Somewhere beyond my wildest dreams as a blogger, the guy who did the LEGENDARY early-to-mid 80's Pleasantly Surprised cassettes, Robert H. King, just posted on this blog! On the Dif Juz cassette post no less. I'm ecstatic! Find it in the comments of this post. Wow, I'd love to interview him, come to think of it.

Sorry I didn't post the 1981 Jo Callis (of Human League) single after all. I have it ripped from vinyl already, will upload it here by the end of the weekend. I was actually pretty disappointed in it because it didn't have the song on it I thought I'd be getting, but it was a still a good single, so don't fear.

I have no idea if I'll post any records for awhile at all. I'm into John Cale really heavily right now and should probably post an LP by him that isn't on CD but I want to work on a written review of it first, I think.

Other than that I am actually trying to go back to post-punk lately. Found out the Delmontes were actually better than I would have guessed and I really want their CD on LTM records right now.

or get it in the US from

www.darla.com
Posted by Bimble at 2:38 AM No comments:

The Thought's second self-titled LP from 1985 has now been reuploaded by request. Find it here.
Posted by Bimble at 6:58 PM 1 comment: 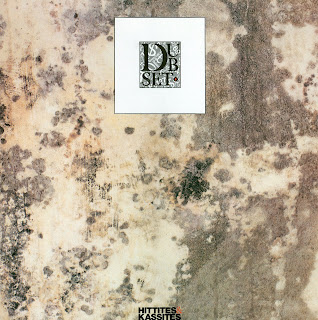 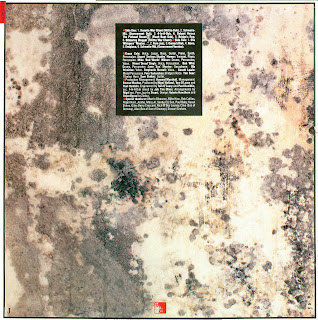 This is a bizarre record. If you look carefully at the inner rectangular design on the front, where the letters are, well, I recall seeing a record in cutout or used bins several times back in the day that had that exact design but enlarged. Looking around online, I believe what I saw was their second album from 1984 entitled "Flesh Made Word". But I would always look at that record in the shop and maybe pick it up and turn it around only to wonder "what the fuck is this? Oh well..."

The thing is, even now having finally heard what they sound like, I'm STILL thinking, "what the fuck is this?"

It starts out with an Arabic feel to the vocals and there's African drumming at times. Adding a saxophone to that is a bit weird and unsettling, but that's just what happens. Then the next song throws all that out the window and goes straight for dub reggae, in a funky stylee. Picture THE most dubby Cabaret Voltaire stuff without the electronics, and add some occasional echoing samples of some Jamaican vocals, and you're there.

Next song is kindof like...oh I don't know. 1000 Mexicans? Anyone remember them? Or Hula. Yeah it's a bit like Hula, this one.

I think people who like The Pop Group or This Heat would probably appreciate this record more than I do.

Track 5 is just out-and-out arty. Almost too smarty arty pants for its own good. The only people who can be that arty and really get away with it are Wire, in my opinion.

Track 6 is what used to be called "World Music" in the 80's/early 90's. I don't know if it still is. Not my thing, really, although I did dabble in this sort of stuff back in the day.

Then this record suddenly gets jazzier and goes into a long stretch of purely jazz instrumentals that are not pleasing to me. I like jazzy pop or funky jazz or even other kinds of jazz at times, but this just doesn't have anything I like about jazz, even though it goes on for several songs in the jazz vein. It's a total shock. If the band was this much about jazz, why didn't they let us know in the beginning?

I don't have a need for this record in my life, but it definitely is bizarre and genre-defying and I guess I'll give it points for that.

Side note: Notice the little red thing on the left of the back sleeve? It says "religion". I told you, this record is weird.

They also released a 12" entitled "Flesh Beat Fever" and it appears that after the album posted here, they changed their name to simply Dubset.
Posted by Bimble at 11:05 PM 1 comment: