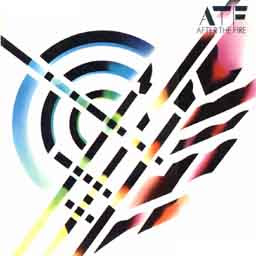 I'm trying to get more of this band that I can maybe post here later. Some of their stuff is hard to find.
Posted by Bimble at 1:18 AM 2 comments: 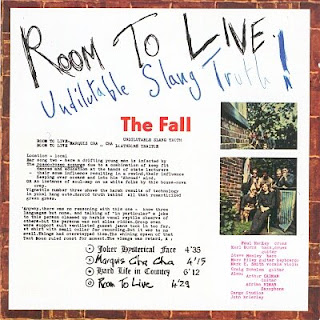 Recently I went to see the Wedding Present. It was a fantastic show, and as soon as it ended, some wonderful person put on The Fall's "Hard Life In Country" on the PA. I totally and completely flipped my lid to hear this song I never expected to hear in public EVER. I danced and sang, the only one in Seattle to dance and make a fuss over it. I knew I was making a drunken fool of myself but I told myself the minute they stopped that song, I'd leave. And I did.

I'm talking about classic, essential Fall here, and I'm dying to have the Room To Live album on my iPod. This is deeeeep into my teenage years, this stuff. I HAVE THE ROOM TO LIVE RECORD ON WHITE VINYL SO DON'T EVEN MESS WITH ME.

I just remember being on holiday with my parents and my brother and this record brought me sanity, especially on the long car rides.
Posted by Bimble at 9:41 AM No comments:

This is the song that some guy was trying to get Joy Division to do back when they were first starting out...they copied the riff of it for their song "Interzone". I can't believe how cool this song is, knocks my socks right off. I could be happy with a whole compilation of stuff like this. Someone hook me up!


I can't even confirm I have the entirety of this video on VHS! I'm baffled. Was it not released on VHS/DVD???
Posted by Bimble at 8:27 PM No comments:

I'm going to be really honest here and confess that I feel a lack of ideas for this blog anymore. I think I've reached a dead end. Recently I did come across a good post-punk record I hadn't heard before (various artists) but it was already posted on Mutant Sounds' blog and I thought it would be silly to post it again. It was rather amateur in the end, as well. But still pretty cool, check it:
Various Artists - "Four Ways Out", 1980

That kind of blogging makes me feel humble, that I have little to contribute in kind. I wish I could have been the first person to post that record on a blog! Haha.

I simply don't feel the urge to trawl through a billion average or less-than-average obscure post-punk bands just to finally get to the good stuff. You really do have to be in the right mood for that, and I'm just not, right now.

I'm far more interested in Disco/R&B/early 80's Top 40 kind of stuff, now. Hell, I'm even interested in the likes of Osmonds' "Crazy Horses" from 1972 which is rock and roll to the max.

So my best friend said immediately when I told him I'd run out of ideas for my blog - "well, start a new blog!" Heheh, I love him dearly, but I can't imagine starting a new blog right now. Haha.

In other news, there is still the LP by Industry I could post here, from 1984. I didn't post that yet. I'll make that my next project, I think. Before the dying cinders/embers of this blog die out forever, etc.
Posted by Bimble at 11:00 PM 3 comments:

This makes me so happy I don't even know what to do.

Posted by Bimble at 1:42 AM No comments:

Van McCoy and the Soul City Symphony - Do The Hustle, 1975

I'm into disco mania, you have been warned.
Posted by Bimble at 1:22 AM No comments:

Posted by Bimble at 1:18 AM No comments:

My and my friend watched that silly disco movie from the 70's called "Thank God It's Friday" yesterday. It has Donna Summer in it, and the Commodores, but most interestingly, it has Teri Nunn, the lead singer of Berlin, before she was a singer for Berlin! Apparently, she had an acting career before the band...I read she was a Penthouse Pet of the Month back then, too...I never read that stuff about her before.

Anyway, this song "Last Dance" by Donna Summer, I've played it a billion times since seeing that movie and of course I remember the song from my childhood but I can't stop playing it. Donna Summer SLAYS me, absolutely slays me. I don't like all of her early albums that I've heard, but when she's good, she's really fucking good. 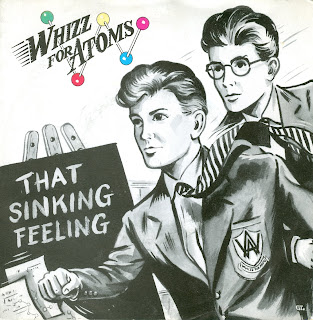 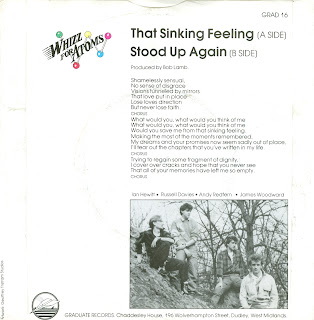 I bought this on a whim. Someone mentioned "Whiz for Atoms" in a chat I was having with a bunch of folks and I said "what is that? That sounds familiar" and someone said it was an old Brit TV show or something and so then I found this band called that and I decided to buy this. Interesting thing is, it's on Graduate Records, same label as the Guitar George 12" I posted earlier that was produced by Martin Hannett. I have a good friend who told me UB40 were on this label, too.

So what is this record like? Well, be ready for LOTS of SYNTHS. I guess they are a little like that band I posted before called Passionate Friends...this is total new wave...synth pop.

By the way I did get an email from one of the Passionate Friends folks and he said they reformed and are releasing a new CD with 4 old tracks on it. Coolness.
Posted by Bimble at 11:40 PM 6 comments:

Simple Minds - Live In The City Of Light

Someone, please pinch me. Tell me I didn't go to heaven. Thanks to the "UU" person who recomended this to me, because

WHAT A POWERHOUSE OF SPIRIT THIS IS. WOW.

It has to be heard to be believed.

Look at the tracklisting and WEEP: 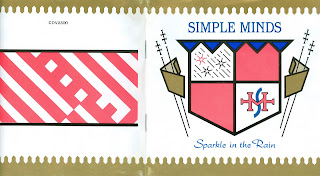 This one is by request and not a moment too soon: Simple Minds' Sparkle In The Rain demos. No vocals on this, only instrumental stuff and very Kraftwerky and dancey, not what you might expect. Major synthesizer action, here. Brilliant stuff. Hopefully I won't go to jail for posting this.
Posted by Bimble at 6:16 AM 6 comments:

I'm losing my mind over Donna Summer. This album especially right now, called "A Love Trilogy". I can't believe how good this stuff is. My god what in the hell was I dicking around with Rick James or Kraftwerk for, when I could have been listening to this stuff? Giorgio Moroder, you know. She had Giorgio working with her then, in the 70's. Synths, dude. The synths and her voice and I mean what else do you WANT? Yikes. There's even a track called "Wasted" where she says she's wasted. Now, what else do you want??
Posted by Bimble at 5:59 AM No comments:

Were it not for my good friend from the Factory mailing list, I would not have KNOWN!!!!

Tears streaming down my face...

A live version of Everything's Gone Green is on this shit too!! OH YES!!!! In fact, the people in charge of this thing had the good sense to have EGG playing while the MENU of the DVD is playing. I mean what the hell else do you WANT?

I mean this is some really well filmed stuff! Where in the hell? Who filmed this shit? My god! There's even "Ultraviolence" on here and "Hurt" and "Leave Me Alone". What ELSE DO YOU WANT?


Jesus fucking Christ, I am losing my mind. I haven't even seen the goddamn 1985 stuff on this DVD yet.
Posted by Bimble at 10:26 AM No comments: