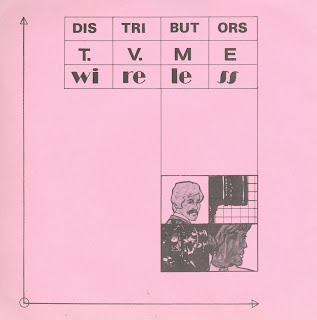 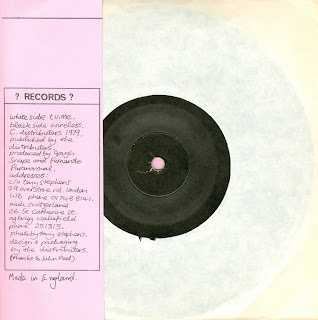 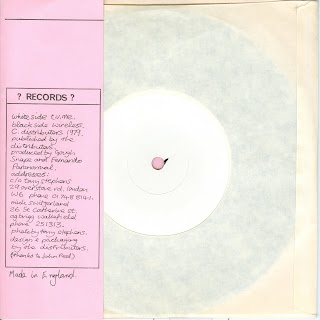 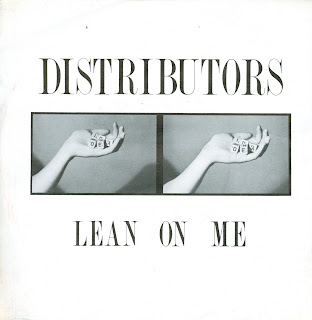 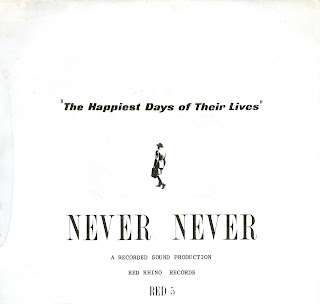 Distributors singles plus 2 tracks from their Peel Sessions, all from 1979-1981

This is another one of my favourite post-punk bands. Above is a link to a site where you can hear these two singles right away without even downloading them, as well as two Peel session tracks that have much better sound quality than the versions I've heard. The Distributors were from Wakefield in West Yorkshire, England. Most folks who know them do so from the song "T.V. Me" which was included on the "Hicks From The Sticks" compilation. They dabbled in dub reggae for the track "Never Never" (probably my fave of the lot) but in general they were just trying to stretch the boundaries the way good post-punk should. The truth is that "T.V. Me", with its drum machine, ominous and unusual synth sound, infectious bass line and subtle guitar (used only for atmosphere), is not going to give you a clear idea of what their other songs sound like. It's a very eerie song that is not at all goth but reminds me - perhaps unsurprisingly - of that strange and delightful film from 1983 with Debbie Harry called "Videodrome" in which TV and reality blend. The Distributors were ARTY with a capital A, but not afraid to hook listeners in with a catchy bass line or tune. I was surprised to learn that a number of members of the band (Steve Beresford, Jeremy Welsh, Robert Worby) were actually accomplished, well-trained musicians and artists in their own right...Worby now being a presenter on BBC Radio 3 and who also played with the Mekons, Beresford a jazz musician who played with many other artists including the Slits, Jeremy Welsh a professor of visual arts in Norway. I couldn't find any information on the singer Keith James, but I don't believe this is the same Keith James who is known for covering Nick Drake songs. Other members of the band at one point in time or another were David Holmes, Mick Switzerland and Enzo Raphael. The Distributors actually had a third record released after these two singles. It was a 12" on Red Rhino with the tracks "Hold"/"Get Rid Of These Things"/"Wages For Lovers", but this 12" represented a drop in musical quality in my opinion.
Posted by Bimble at 1:30 AM