Posted by Bimble at 5:03 PM No comments:

Everybody wants to have an orgasm
I don't know how to post it, it doesn't want me to post it.
I just want to die when I hear this song. I just want to die.
http://www.youtube.com/watch?v=YK9O30d_yiE
Posted by Bimble at 11:47 AM No comments:

Wham! - Everything She Wants

This is the best goddamn thing since sliced bread right here

Posted by Bimble at 3:15 AM No comments:

One for Depeche Mode, one for the Smiths (vocalist didn't even try, really, I could have done a better Morrissey impression myself), New Order and The Cure. (I admired the New Order one...I really did...because the guy had the haircut and sang in an amateurish Barney way but mostly I admired them because they didn't fuckiing play Bizarre Love Triangle until the end. I HATE that song, I'm sorry. It's like the only fucking song that most people in America know of them. So I admired them because they did Perfect Kiss & Temptation & True Faith before they ended with BLT. And I was getting down, oh yes I was. And I remembered where and when I first heard the Perfect Kiss 12" when it first came out. I remembered it as though I could reach out and touch it.

But the fucking Cure band took the cake & ate it. We've got the best Robert Smith impressionist right here in Seattle. And when they did A Forest, I knelt down on the floor and some security guy asked me if I was okay I'm like "yes I'm fucking okay I'm trying to pay tribute here, I remember when I was a teenager and I used to walk out in the dark in these places with tiny pine trees and play this on my walkman"

Fuck it all, just fuck it all the goddamn music message board is down. It's balls out tonight. You get whatever you can handle. I've played the Cure's Pornography just now and I'm going to fucking play it again. The cover band played "Strange Day" YES THEY DID AND A WHOLE BUNCH OF DISINTEGRATION

You Tube can't be far behind. Long live the goddamn 80's. You know there was this grey-haired Japanese guy there that I've been dying to talk to again and he fucking saw Simple Minds in the goddamn 80's and he told me the way Jim Kerr had his body down on the ground when he sang. He also saw U2 on the War tour, but he's especially a Peter Gabriel fanatic.
Posted by Bimble at 2:40 AM No comments:

I can't explain what the B-sides of U2 up through Joshua Tree are doing to me. I know it means I'm lazy right? I don't have any big new great ideas for obscure records to post on this blog and frankly, I couldn't give a shite. Because the albums & b-sides I have on my iPod of U2 that end with the Joshua Tree era are a blessed shrine to me. I can't even begin to explain what U2 meant to me in 1985. They were the best band in the world, simply the best band that had ever been. And when Eno embraced their butterfly wings...fucking hallowed ground, I reckon, early U2.

I do remember a few good tracks from Achtung Baby that I was forced to hear in a restaurant I worked in, but it wasn't the same.
Posted by Bimble at 10:49 AM No comments: 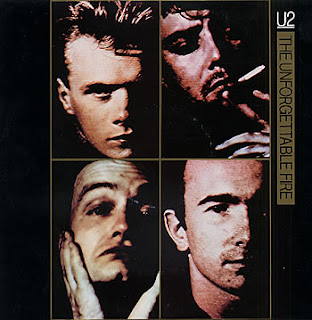 Or look here for more.

There are people bullying me. They don't want me to be myself. I have to be myself. U2's Unforgettable Fire EP again. I need to express myself in a place where no one will hurt me about it.

I went to the graveyard last night with a friend, it was incredible. Absolutely incredible. Lots of military graves, there, too. Gorgeous.

This is the U2 era that makes me feel like I'm always going to be 14 years old. Forever.
Posted by Bimble at 3:52 PM 2 comments: 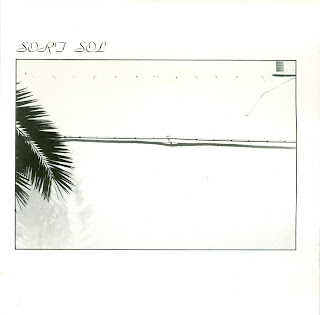 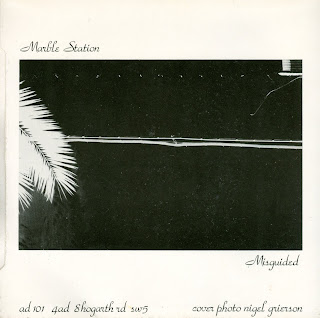 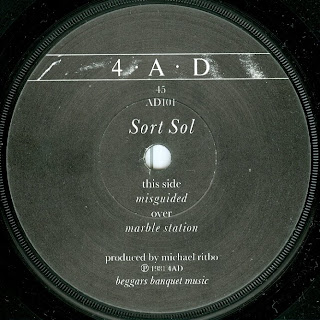 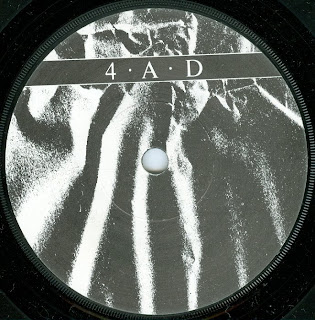 This one is by request. You can read about this Danish band at the 4AD website or wikipedia. By the way, this is a fantastic single.
Posted by Bimble at 5:02 PM 4 comments: