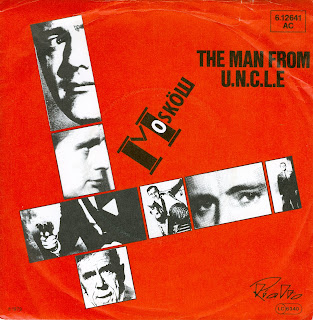 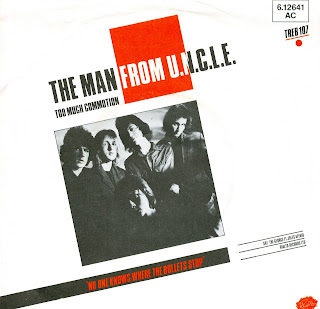 This is the single I was thinking of that should appeal to folks who prefer the poppier side of post-punk rather than the gloomy artiness of a lot of stuff I've been posting. It's worth noting that "Too Much Commotion" appeared on the "Avon Calling - The Bristol Compilation". Anyway, I don't think it's right to call Moskow power pop, but I suppose they're in the same general neighborhood as that. They're really good with tunes, I'll tell you that much and this is a great single. Interestingly, both sides begin with an intriguing synthesizer intro after which they abandon synthesizers for the rest of the song. This single actually was released in three other different editions on different labels, all of which had a different b-side entitled "White Black". There is at least one other sleeve for it, too. If you want more info, you can go to this blog entry which leads one to believe that Moskow actually contained a member of 80's pseudo-goths The Bolshoi! I find that fascinating, though I can't claim I was a huge fan of The Bolshoi. A couple of years ago I remember a British friend of mine claimed he'd actually met a member of the Bolshoi. Anyway like I said, this is a great single, don't miss it.
Posted by Bimble at 12:55 PM