Please refer to my earlier post about this album:
it's that song where she keeps singing "Fucking Youth, Working Youth" that kills me the most I think.

I do assure you the focus here will indeed swing again to obscure post-punk, which is what I intended in the first place but didn't quite get around to. I've got scans of rare records and stuff. I'm ready to go. I'm even going to post a track from Digital Dance soon. Stay tuned.
Posted by Bimble at 3:37 AM 1 comment:

Alright, well I was convinced I was gonna flip over Procol Harum but alas, it didn't happen.

Instead I went nuts over Kate Bush's Aerial & The Who's last album Endless Wire ALL OVER AGAIN. Surely the best Britain has given the music world in the last 5 years, those two?

Now I am on to this debut Janet Jackson album which sounds like a cross between her brother circa Off The Wall and on the other hand, Chic. Which isn't bad, as long as you don't expect it to sound innovative and her own, like her late 80's stuff.

Still trying to persuade myself to steer myself back to Stereolab. It will happen in time.

I have made a mixed CD I'm very happy with:

1. Booker T. & The MG's - "Green Onions" (a childhood favourite I only heard again recently and I JUST FOUND OUT THERE'S A WHOLE ALBUM OF THIS STUFF AND I CAN'T WAIT TO HEAR IT...surely the birth of everything great musically in this whole wide world started with this song in 1962, please DO ask Lou Reed)

2. Altered Images - "Dead Pop Stars" (a goth tinge of darkness, and teenage sexual angst so thick and sweaty you can reach out and touch it - what the hell else could you ask for? Also it reminds me of that cartoon girl Emily with the black hair I keep seeing in a certain costume shop window I walk by to work)

3. Orange Juice - Rip It Up (Honestly I don't understand why it took me so long to truly understand the breathtaking magic fun of this song...but alas, the album is still boring and I'll never be much of an OJ fan in general) This one also gets extra special bonus points by mentioning Buzzcocks "Boredom" in the lyrics at the end.

4. King Crimson - Frame By Frame (I think we all know how I feel about this song by now but Christ, what kind of drugs were Robert Fripp's fingers on, for starters? Which isn't even fair because it's really Belew's contribution I most prize on this one. These people were the ultimate in art rock. I wonder if even Wire should stand in their shadow in that regard, but don't tell anyone I said that, least of all me in the morning of sobriety)

5. Leather Nun - Slow Death (being at work is a fucking slow death, anyway, and this song is a good example of the very best of early 80's production values, though this particular song was from '79. Although I can see how some folks might say it's a ripoff of Throbbing Gristle's Hamburger Lady for sheer lyrical horror)

6. Yazoo - Don't Go (credit this one to Curtis - I never would have bothered to dig it out of the 80's graveyard without his push, but am very glad I did. I met many folks who were far more crazy about Yaz than I, but this sounds even better in hindsight)

7. Mark Perry (Alternative T.V.) - Love Lies Limp (Well, I usually like it when Brits try reggae, and this is one is a classic pop reggae gem in that regard. The fact that I've been and remain proudly comfortably celibate as of 5 years helps as well.)

8. David Bowie - My Death (this is the song that is getting under my skin out of all of these again recently - I heard it on the radio as a teen and it made a deep, deep impression in a way Bowie didn't normally do. Took me years to find it was a cover of a Jacques Brel song and I'm determined to hear the original version now. It's from Bowie's Ziggy Stardust concert film if I'm not mistaken and I'm dying to see that again because I saw it as a youngster before I really knew anything of Bowie except Let's Dance and also I believe that movie came out just after Prince's Purple Rain, which I saw in the same theatre which later became a record store in my town. The thing about that movie that was so weird for me as a kid was seeing all these kids worshipping Bowie in the early 70's, not really understanding why or what all it meant or any of the lyrics or anything...I was fascinated by the cult around him, of a fashion and cultural moment that had even then long since passed)

9. The House of Love - Purple Killer Rose (Is this the best House Of Love song ever? I think it just might be. To this day it still makes me want to FUCK SHIT UP. I don't even think it was ever released on CD in any form. Talk about a fucking b-side to set fire to your pants and boost you off into space forever with seething, controlled rage and longing and anger and angst and frustration. And oh, did I mention melody? Well don't you know no one does it better than the Brits in that department?)

10. The Jam - Precious 12" mix (okay I kindof cheated with this one I guess...a lazy choice. This is not the fucking Jam as anyone knows them, this is clear evidence of the (funky jazzy) Style Council to come. And thanks to grimly, this was one of the songs that catapulted me into an unexpected Style Council obsession almost 2 years ago)

11. Frankie Smith - Double Dutch Bus (Oh GOD where to start with this song? I was a fucking ten year old youngster when I heard this on the radio and bought the 45. It didn't even have a picture sleeve. I fully expected to never hear it again and didn't care at all and didn't hear it anywhere since but this is a classic case of hindsight 20/20. What should have been a silly novelty record that would have made me embarassed for my prepubescent years is actually a delicious slice of exactly the kind of 80's danceable R&B that I find myself so drawn to now. Another weird thing about this song is I expected to be able to put Musical Youth's "Pass The Dutchie" beside it because they seemed to be linked but I found that the DUTCHIE DID NOT GO WITH THE DUTCH. Musical Youth just sounded silly and stupid, but Frankie Smith (whoever in the hell he is after all) had that GROOVE ON.

12. MV vs. Styx - Mr. Roboto (Okay, now this one is just plain fucking weird. Normally these kind of stereotypical pounding rave beat mixes just bore the shit out of me but for some reason this one totally works. Normally I avoid any remixes of ANYTHING (with the occasional exception of say, LCD Soundsystem) but like I said, there's something really good going on with this one. I haven't the faintest idea who MV are, either. Certainly in any case it's about three times cooler than the geeky original version. Is this a mashup? Is that it? Does anyone know?

OH MY GOD IF YOU KNEW THE JOY THIS SONG HAS ONCE AGAIN BROUGHT TO MY HEART SINCE MY TEENAGE YEARS. Yes, I have (and play) the first yellow album, but this one I haven't heard in fucking years and I'm so goddamn happy. Does that guitar not kill you? ON PLANET X!!!!!!!!!!!!!!!!!!!!!!!!!! Goddamn I hope I have the full 12" version. I might be forced to buy this on vinyl for sheer orgasmic bliss. Well, I always say that kind of stuff when I'm drunk, though.
Posted by Bimble at 2:30 AM 1 comment:

Posted by Bimble at 3:31 AM No comments: 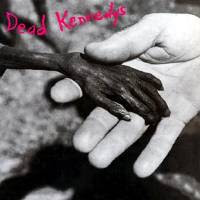 This album craftily escaped me in my teenage years. A few songs are vaguely familiar but only really because I had the vinyl of that dark blue live album the name of which escapes me just now. Despite the fact that I missed this masterpiece, I knew Fresh Fruit For Rotting Vegetables inside out and also worshipped "In God We Trust, Inc."

I'm just honest enough to admit I never owned Bedtime for Democracy or Frankchrist.
Posted by Bimble at 3:13 AM No comments:

It's useless, I just can't get away from this song "Frame By Frame". I've never been a huge fan of the people involved, but wow.
Posted by Bimble at 2:21 AM No comments:

This is just an amazing post-punk release, circa 1982. Obviously they were influenced by reggae on a few tracks, but there are other songs that aren't reggae influenced at all and are very, very haunting, bass-driven beasts. Exemplary of the golden age of production values, in my honest opinion. And the live stuff added to the CD is priceless. This would have to compete with "Dirty" for my fave Sonic Youth release.
Posted by Bimble at 12:52 AM 2 comments: