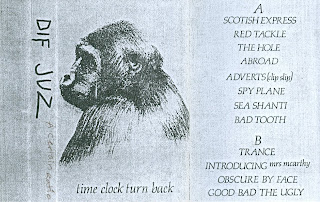 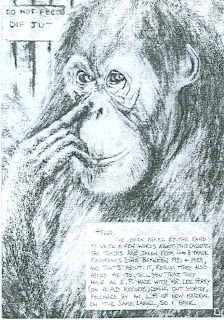 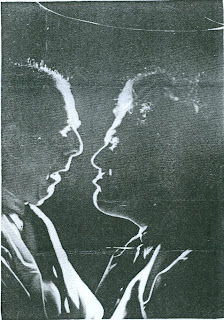 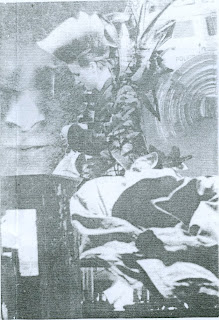 This one is for the collectors only. If you don't know Dif Juz, please don't start here, start by searching them on You Tube or something. These were their early demos circa 81-83 and it shows that these were little more than rough sketches. This is easily my least favourite release by the band, though there are some interesting things here. The slow guitar riff in "Sea Shanti" is hard to get out of my head and somewhere towards the end of "Good Bad The Ugly" it starts to get really interesting. I apologize that this track might not sound as good as the others - it's the only track here I didn't rip myself, but I didn't want to rip my own copy because this version I found includes more than what is actually on the cassette I have (which was a dub to begin with - this cassette was impossible to find even in the 80's). I also apologize for writing "A Certain Ratio" on the spine of the cassette - this was because whoever made it for me included some ACR at the end!

For the uninitiated, Dif Juz were an instrumental band that eventually landed on the 4AD label in the 80's and were produced by Cocteau Twins' Robin Guthrie on their last album "Extractions". Their sound was often borrowed from dub reggae in spots, though it seems they shed more of their dub roots later on. They're one of my all time favourite bands, and one of a kind.
Posted by Bimble at 1:49 PM

any dif juz is good dif juz in my opinion! great blog, thanx for sharing!

Gosh, thanks for your comments. I'm touched. I think I'm going to put on "Who Says So?" now in your honour.

Excellent blog, and a Dif Juz download to boot! I'll add you as a link on my own humble blog, but in the meantime, thanks!

No, thank you! I love Dif Juz and I like to hear from folks who also love them.

Thanks very much. Been trying to get this for ages. Also thanks for posting the inserts to get the "correct" spelling of the tracks. Nice job. Much appreciated.

You are welcome! Thanks for commenting.

Have only just "discovered" Dif Juz (despite being aware of their name for the last 20 years or so!) c/o the "Soundpool" comp & am kicking myself for not investigating them earlier. Big thanks for posting this uber-rare stuff... x

Hey There!
My name is Robert King and I ran the 'pleasantly Surprised' cassette label back in the early 80's. I was sent a link to your site and lo and behold there is the tape I released 25 years ago!! I only have 1 copy myself now. It's interesting to see the interest in this era and I am finding a lot of my back catalogue being ripped to blogs, I really must get that label site underway... It's good to see a sense of historical perspective being added to blogs like yours as too many people are just making countless releases available just for the hell of it with no reference points. I also did the Gods Gift cassette.

Best wishes to you from Scotland!

Oh my goodness, sir! I already know of you, though I don't think I knew your name! I'm quite honoured, sir. Really. Delighted to meet you. Thanks for writing.