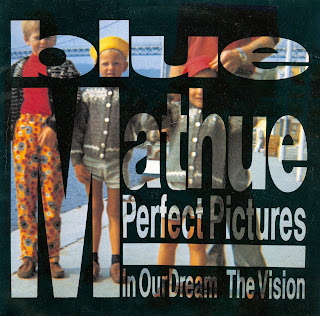 This is my last post for awhile. I hope you like it. You might remember a long time ago I said that I found out about that band called De Press from a Norwegian label compilation on Uniton Records called "Burning the Midnight Sun" or something like that. Anyway, this band was on that compilation. This is sorta gloomy, synthesizer new wave. The song that appeared on the comp was "In Our Dream" and it's especially good. I was really happy when I found this record. It was hard to find you know? And you found things in record stores only back then etc.

I could have scanned the back sleeve but it's extremely boring. Just one line of text on a white background saying "1983, Uniton Records..."
Posted by Bimble at 4:44 PM