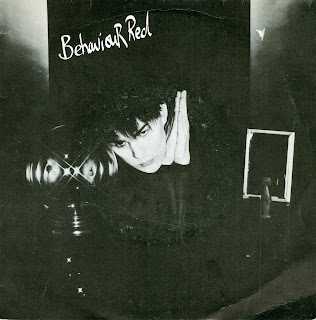 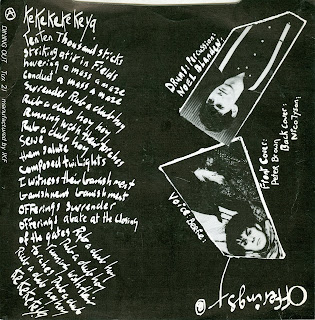 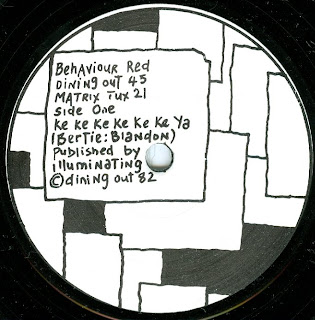 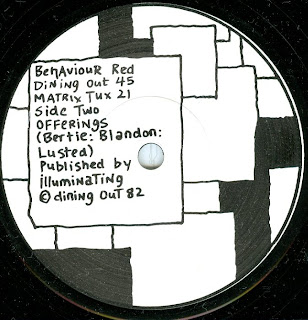 This is one of the last singles I will post on this blog from the Dining Out label. It's not very remarkable, but when I played it again, I appreciated how bizarre it was. Side A is completely mental, like Kate Bush's "The Dreaming" album on acid. I would say that if you don't like Kate Bush's "The Dreaming" album you better forget about side A. Also the sleeve gives the very mistaken impression it could be a goth masterpiece. No such luck, don't get your hopes up.

The first part of the B-side "Offerings" reminded me of some old Felt song. It's pretty cool, actually as far as a goth song goes. It's probably good music to play in the dark with candles at 3 AM when you're doing a seance.
Posted by Bimble at 12:09 AM