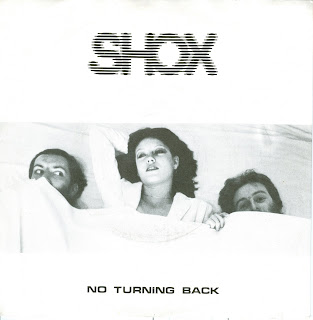 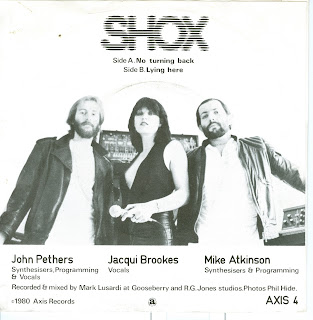 I'm very pleased to share a couple of early 4AD records I have had for many years. I have a strong emotional attachment to these records because I was such an avid collector of them as a teenager and they weren't easy to find! To be accurate, this particular one wasn't actually on 4AD records, it was on Axis, which became 4AD. It's fair to call it synthpop. Not mind-blowing perhaps, but not bad either. The 4AD website tells me it was compared to early Human League in NME, and I'd say that's about right. This was the only Shox release. I've managed to find out that Jacqui Brookes & John Pethers went on to form an act called Siam who released three major label singles in 1981. By 1983 she was in a duo called Intro with Jimme O'Neill who had previously been in Fingerprintz. Intro released two singles. Then she made a solo album entitled "Sob Stories" in 1984. Here is a video for a single from that album entitled "Lost Without Your Love". The bass on the song sounds rather similar to Mick Karn from Japan, but discogs.com says it was Pino Palladino and Karn's website doesn't mention anything about it. It's not clear what happened to her after that album and I can't find any information at all about the third member of Shox, Mike Atkinson.
Posted by Bimble at 12:08 PM