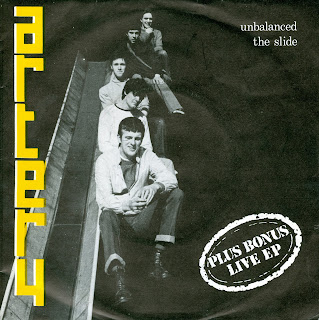 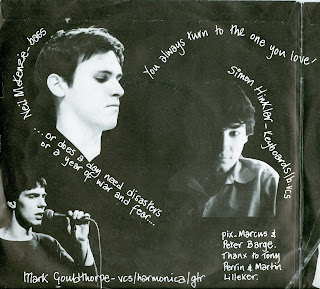 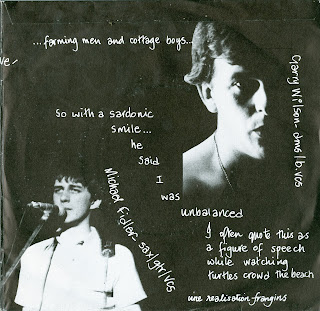 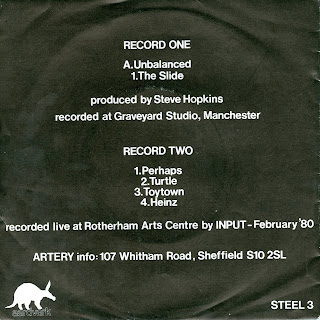 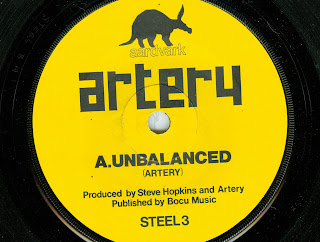 Artery were from Sheffield (like my beloved Cabaret Voltaire). This was the first release I heard from them, a strange double 7" single from 1980, half studio, half live. And it remained my favourite of their career. This was only their second release, but their first single was more purely punk and too boring for my tastes and their later stuff seemed dull and tame by comparison. Here was the record that finds a band not afraid to challenge the status quo, do something a bit odd and different. I'm amused to see a man called Steve Hopkins producing it at Graveyard Studio in Manchester. Could this be the same Steve Hopkins who played keyboards so beautifully with Martin Hannett in John Cooper Clarke's backing band? I'll daresay it is, unless someone comes along to prove me wrong.

It's also worth mentioning that Simon Hinkler, member of Artery went on to be in early Pulp and The Mission. Not that I'll claim to be a big fan of either. Early Pulp Peel Session stuff is great, though, I will vouch for that much.

Anyway, Artery can be seen performing live in the documentary about Sheffield post punk that came out a few years ago entitled "Made In Sheffield".

Apparently Artery have reformed as of last year.
Posted by Bimble at 6:11 PM