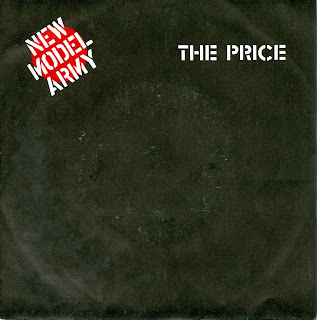 I have just ripped a bunch of 7"es for my blog today and this one was quite the treat. I first heard this when I was about 14 years old. Miraculously, someone had played the A-side on the local college radio station, and I was hooked. I tried to get the DJ's there to play it again so I could tape the whole song, but the one I called didn't know who the fuck this band was so he played me something by the New Models instead which I couldn't care less about. Hahah.

Actually, though I did go on to buy some New Model Army LP's, I don't think I actually found my own copy of this single until many years later, probably in 1990 or something.

Aê Thanks!! Salut from Brasil!!