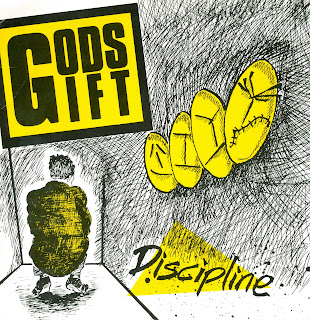 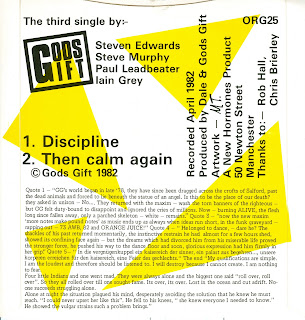 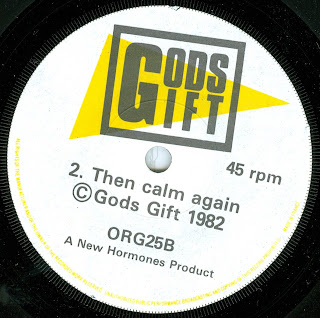 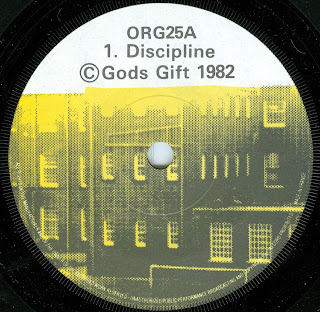 Here is the next in what will hopefully be a continuing series of my favourite post-punk bands. Gods Gift were from Manchester, England and they were on the New Hormones label, which was the Buzzcocks' own label. They lasted from about 1979 to 1982. I first heard them by finding their 7" entitled "Discipline" at the radio station I DJ'd at many years ago. I liked it a lot but didn't give much thought to them until about 2004 I went on a huge post-punk trip and realized they had more material out there. I'm proud to say I have everything of them now, including their very, very rare cassette "Folie A Quatre" on the Pleasantly Surprised label. Like many bands from Manchester there is just something special about these guys that it's hard to put a finger on, although their earliest material is more punk and not nearly as interesting as what they did later on.

This is the track "Discipline"from the last record they released, a 7 inch single in 1982. This track has nothing to do with the Throbbing Gristle song of the same name.

Also, here is an interesting ad I found for a
New Hormones T-Shirt.
Posted by Bimble at 10:18 AM